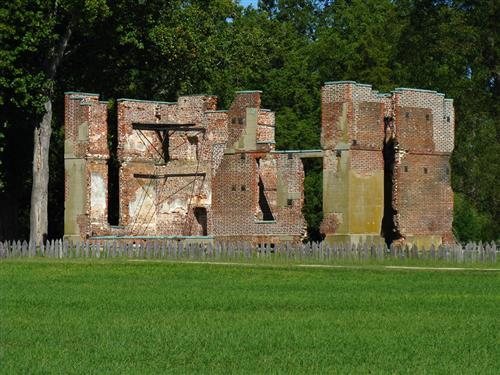 First built around 1750, the Ambler House was once the home of Lydia Ambler. Lydia married her husband, Alexander, in August of 1776, but soon afterwards he went off to fight in the American Revolution. Though she waited patiently for his return, months went by without a single letter from Alexander ever being sent. In his absence, the mansion burned down in 1781, though it was quickly restored by Colonel John Ambler.

Lydia continued to watch out the window, waiting for her love to come back, but he never did. At first, she feared that Alexander had died in battle, but that fear turned to anger as she began to suspect he had only married her for her money and ran off without any intention of returning. In a moment of mad fury, Lydia took her own life inside the mansion.

The house burned down a second time during the Civil War, and once more in 1895. Today only the frame of the mansion remains, but Lydia can still be seen walking around its ruins. Witnesses say she is still awaiting the return of her once beloved Alexander.