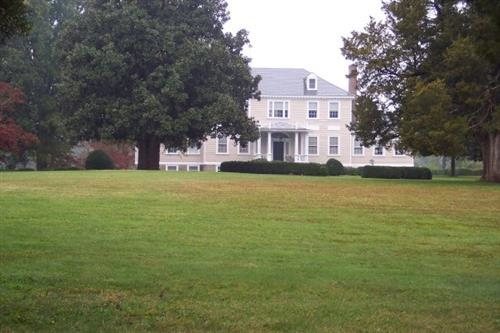 Located near the Amelia Courthouse, Haw Branch Plantation was first settled by Colonel Thomas Tabb and his wife, Rebecca Booker, in 1735. The mansion was built ten years later and still stands to this day, though it was left unoccupied and in ruin for a long period before being purchased and restored by the McConnaughey family in 1965. It did not take long before the building’s new residents began noticing strange happenings.

Numerous apparitions have been reported, including a man who walks about the barn holding a lantern; he disappears when approached, but the lantern remains behind, suspended in midair. A skinny man with a limp has been seen walking around the mansion, crying “Help me!” The ghost of an old woman named Harriet Mason has been seen as well. In addition to the visible manifestations of spirits at the plantation there has been the phantom scent of roses emanation from an upstairs bedrooms, disembodied footsteps and a loud crashing noise have been heard, and once every six months the residents are awoken by loud screaming inexplicable coming from the attic.

The most peculiar paranormal occurrence has to do with the portrait of a woman named Florence Wright, which was kept in storage for 20 years. Though the painting had originally been made with pastel colors, when it was taken out by Mrs. McConnaughey the colors had all faded from time and improper care making it appear gray, as though it had been created in charcoal. Despite the faded look, it was decided that the portrait should be hung prominently above the fireplace in the library. Before long mysterious voices were heard coming from the library; stranger still color gradually returned to the portrait. A psychic came to investigate the phenomenon and revealed that the painting had been inhabited by a spirit, presumably Wright’s, and that she restored its color after it was finally put in a place she liked.