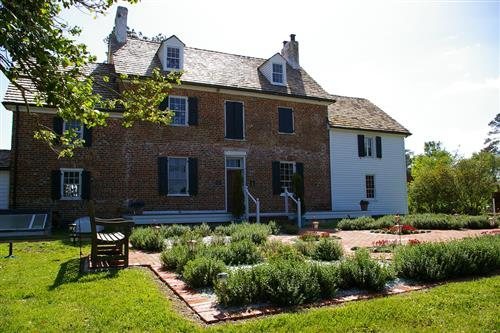 Built in 1830 with an addition constructed in 1850, the Ferry Plantation House is a three-story brick structure that is now recognized a City Landmark. The house is open for several events throughout the year, including Halloween for those interested in learning about its haunted history. As many as eleven ghosts are said to haunt the building, including a former resident named Thomas Williamson who worked as a painter, a slave named Henry, and a woman named Sally Rebecca Walke who still mourns the loss of her soldier lover. There is also a lady in white who is thought to have died after falling down the stairs in the early 1800s, and the crew of a ship that was wrecked at the ferry landing in 1810.

Apparitions have been reported, as have inexplicable sounds and other strange occurrences. Locals say that lights in the house have gone on by themselves, even when the building was unoccupied; the third floor in particular seems prone to having its lights mysteriously turned on. Strange balls of light can sometimes be seen dancing on the roof. Paranormal investigators recorded glowing orbs with their cameras inside the gift shop, and cars have stalled in front of the building while a white wisp hovered in front of them.