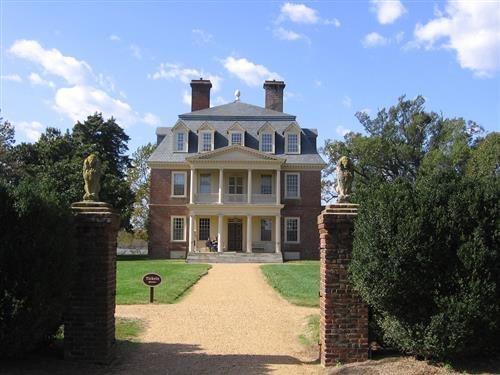 A great deal of history can be found at the Shirley Plantation, which is the oldest family-owned business in the United States. The first house built on its grounds dates back to 1613, which may make it the oldest standing home in the US. Another house, built in the mid 18th century, is said to house a haunted painting in its second floor bedroom.

The painting is a portrait of Aunt Pratt which hung on the wall for years before being stored in the attic in 1858. As soon as the painting had been put away strange knocking sounds started emanating from the attic, increasing in intensity every day. Eventually the family put the painting back on its wall and the knocking stopped.

Over a century later the portrait was shipped to a 1974 conference on paranormal phenomena hosted in New York City. While on display, the painting began shaking violently in front of viewers and, when locked up at night, it somehow managed to escape its storage container. It was found the next morning facing toward the exit. Once the portrait was shipped back to Virginia and returned to its home on the wall the strange behavior ceased.