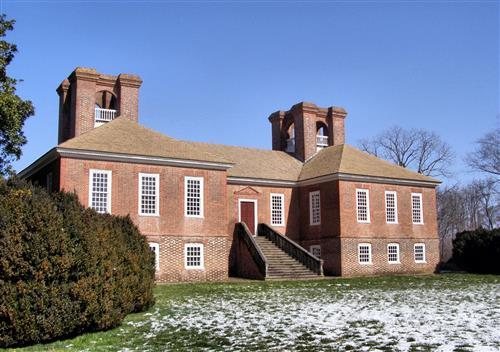 Home of the Lees, including Robert E. Lee who was born here, Stratford Hall is a plantation with a main building that dates back to 1725. It was purchased by the Robert E. Lee Memorial Association in 1929 and, following tireless restoration efforts, opened to the public for visitation. The building is said to be haunted by the spirit of Elizabeth McCarthy Storke who, at the age of 14, allegedly had an affair with Robert E. Lee’s step-brother, Henry. Elizabeth’s voice has been heard by a medium exclaiming “I didn’t do it!”

Other spirits are also said to roam Stratford Hall, including a woman named Madeleine who was in charge of the nursery and watching after the household’s children. The wine cellar is said to house the ghosts of slaves who are hiding from a murder scene. When a medium entered the basement they were heard saying that the victim’s body was buried under the stairs.