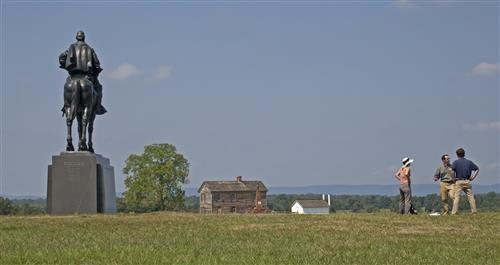 Manassas National Battlefield was the site of two separate Civil War battles which took place roughly thirteen months apart from one another in the summers of 1861 and 1862. Troops clashed for three days in the second battled before Union soldiers gave way to a Confederate victory. The Battlefield Park also contains an unfinished railroad ordered by Robert E. Lee.

Today the field is a public park, open for visitation; it is also rumored to be haunted by the spirits of the soldiers who were slain in the bloody battles that took place on its grounds. In July, 1861, the First Battle of Bull Run took place here, followed by the Second Battle of Bull Run from August 28th-30th. It was here that General Thomas Jackson gained his nickname "Stonewall Jackson." Apparitions of soldiers in uniform have been reported regularly.