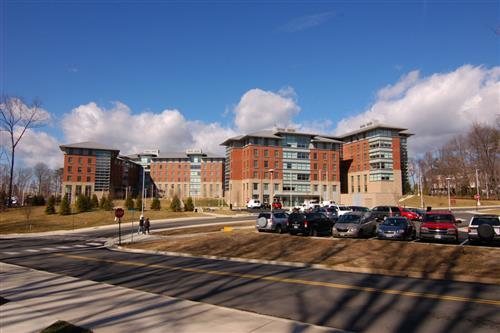 Founded in 1957 as a part of the University of Virginia and made independent in 1972, George Mason University is the largest public research university in the state. According to members of the crew team, however, the school would be ripe for research of a paranormal nature! A ghostly old man has been seen near the docks and dam by numerous students; he is alleged to be Old Man Johnson, a rower discovered his wife having an affair at some time in the 1970s. Distraught, Johnson left his home and went out rowing, never to be seen again. Some believe that he went to the Occoquan River dam.

The gazebo near the pond is also said to be haunted, though by the spirit of a much younger man. Legend has it that the young man drowned in the lake and floated toward the gazebo, where two young women discovered his body. His ghost now appears in that gazebo, beckoning women to come sit with him.