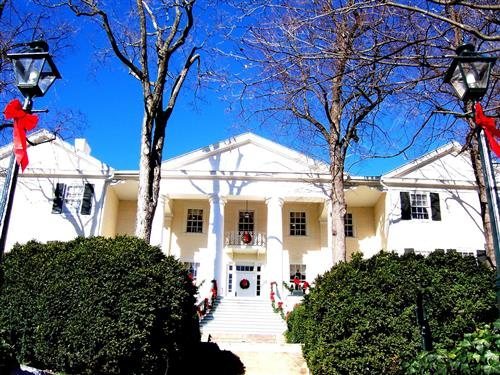 Mary Baldwin College is a liberal arts school for women in Staunton which was founded in 1842 as the Augusta Female Seminary. Several spots on campus are believed to be haunted, including the Collins Theatre which is said to still be inhabited by actress Tallulah Bankhead, who attended the college in the early 20th century. Tallulah has a habit of playing with the lights and moving objects in the theater around.

The King Building, which houses a large pool, has had at least one peculiar incident. A security guard working in the building says that he heard the distinct sound of someone jumping off a diving board, but when he went to investigate there was no one to be seen and no ripples in the water. McClung dormitory is said to be haunted by a pale white figure who can be seen floating above beds in the building. A child’s handprint mysteriously appears in the room where Mary Julia Baldwin once stayed from time to time.

One ghost seems to get around campus pretty easily, visiting Wenger Hall, Grafton Library, the Administration Building, and other areas. Students have taken to calling this spirit Richard, and reports say she wears a blue soldier’s uniform with gold buttons on its jacket. Richard seems to be fairly playful and harmless; he is known to hide objects and move them around from time to time.